Craig Sytsma left work Wednesday evening and went for a run along the shoulder of a rural road in Metamora Township in Lapeer County.

A man mowing his lawn waved at Sytsma, a 46-year-old Livonia man, who politely waved back.The man said he continued mowing the lawn and the next time he saw Sytsma, he was in a nearby ditch being attacked by two loose dogs.

“He yelled at the dogs,” Lapeer County Sheriff’s Office Det. Sgt. Jason Parks said. “They would not release.”

The man who had been mowing shot a handgun into the air. Still, the dogs would not let go. So he shot at one of the dogs, grazing it in the side.

That ended the attack, Parks said. The dogs left and went to a nearby house. But it didn’t end the trouble for the dogs’ owners, who returned home after the attack and later surrendered the animals, two Cane Corsos, an exotic breed bred to hunt wild boar in their native Italy, according to authorities.

According to records, it wasn’t the first time the owners have had their dogs involved in a serious biting incident — though previous incidents never involved death.

On Friday, prosecutors filed a civil complaint seeking to seize the dogs involved in the fatal mauling, as well as puppies the owners have because they’re “the apparent product of aggressive animals that have killed a human being,” the complaint said.

“Complainant believes … that the puppies are products of the adult Cane Corso’s resulting in human death and they’re [sic] blood line cannot be reasonably believed to be safe for society,” the complaint says.

There were two other witnesses to Sytsma’s mauling, according to police, including a woman who is a medic and performed CPR while they waited for help to arrive. Sytsma, who didn’t have a cell phone or ID on him when he was attacked, told her his name was Craig before he lost consciousness.

Sytsma was pronounced dead at the hospital about an hour after the first call to 911. It wasn’t until Thursday morning, when his coworkers showed up at Eltro Services in Oxford and noticed his car was still there and suspected something was amiss, that authorities could identify him.

The fate of the dogs is pending, but authorities said they want them put down given the “vicious nature of this attack.”

“They never in their wildest dreams would have thought anything like this would’ve happened,” Malkiewicz said. “And their hearts go out to the family.”

According to a complaint prosecutors filed Friday seeking to seize the owners’ dogs and the puppies from the same bloodline there were two previous biting incidents — in May 2012 and November 2013 —involving dogs from their home on the 5500 block of Thomas Road in Metamora Township.

The 2012 case led to a lawsuit and a $20,000 judgment awarded to the woman who was walking down the road when a dog owned by the couple tore her leg in three places, according to court records and her attorney, Glenn Saltsman.

In 2013, a man was bitten twice in the calf and required stitches to repair puncture wounds and tears. He was left with permanent scarring, Saltsman said. He said the man carried a walking stick and used it to keep the dogs at bay.

“We can only confirm that we have handled 2 previous dog bite complaints at this address and they were turned over to Animal Control,” the department said in an e-mail.

Parks said he expects the Metamora Township Police Chief to present the case into the mauling death of Sytsma to the prosecutor’s office next week, and a decision on whether criminal charges will be filed should come shortly after that.

An autopsy performed Thursday listed Sytsma’s cause of death as animal mauling, authorities said. It was ruled an accident, not homicide, because he wasn’t killed by another human. But that doesn’t prohibit the owner from being held responsible in civil and criminal cases, Parks said.

Quagliata — who thus far has not been charged with any crime related to the fatal mauling — moved to the Metamora community in 2011, authorities said.

Malkiewicz said his clients have no previous criminal history and are “good people, with a good family.”

For some neighbors, though, the couple’s dogs had a rough reputation.

She recalls meeting Quagliata and his Cane Corsos shortly after moving to the neighborhood in June 2012. The man came to introduce himself and had a full-sized pet hawk on his arm; one of the Corso dogs was running loose, she said.

“I said, ‘Is he aggressive?’ And he said, ‘Yeah, everything I own is aggressive,’ ” Winter said. “I thought, ‘What have we gotten ourselves into?’ ”

Malkiewicz said Quagliata denies saying that, and he said that the dogs are family pets not intended to be hostile. He said the pet bird was a falcon, and Quagliata no longer has any falcons.

At least once a week for the next couple years, the dogs would appear in her yard, swim in her pond and sometimes go inside her garage, she said. She and her family avoided confrontation, teaching her 4-year-old daughter Mikayla not to run away if she ever saw one of them outside.

They never had an attack, she said. She reported them to animal control and was told to capture them or talk to the owner. But, she said, she was too scared to approach the house because of the dogs.

Malkiewicz said the dogs weren’t “constantly” allowed to run free, and that they were kept in a kennel behind the house.

The large, white house where the dogs live is on a hill with no fence around the perimeter; Malkiewicz said a fenced-in area of the backyard was used to secure the dogs. Nobody came to the door when the Free Press visited Friday, but one dog could be heard barking loudly.

Besides the dogs already surrendered, the family has one more adult Cane Corso and the puppies.

An ad selling puppies on a Hoobly website shows photos, including one of more than a dozen Cane Corsos for sale, with International Cane Corso Federation registration papers, ranging from $600 to $1,100. The listing includes a phone number for Quagliata and Lucaj. The listing was renewed one week ago.

Malkiewicz, however, said the family is “not really breeders,” and that a neighbor’s Cane Corso jumped the fence and bred with the mother. He said that the day of the attack, the dogs had been left in an outdoor chain-link kennel at least 6 feet tall by 10 feet wide, with tethers bolted into the ground.

He said he doesn’t know how the dogs could have escaped. He also said his clients always complied with anything animal control asked.

Sylvester Gajewski, 71, has lived up the street from the house since 1978. He said he usually carries some pebbles and a rock when he goes for a jog, just in case he comes across dogs.

At the same time, he said he’s not ready to judge the dogs’ owner, who he said is a good neighbor.

“The owner had no idea probably that these dogs were so vicious,” he said. “I know the guy; he’s a nice person. He’s not out to raise killer dogs, or fighter dogs, or something like that. He’s a good member of this community, and now he’s in big trouble.”

Not far from the home of two dogs that apparently mauled Sytsma to death stands a sign: “Missing; daughter’s kitten; approx. 14-wks-old.”

It’s not a coincidence.

Winter said she placed the sign there hoping it would get the neighbor’s attention.

Jewels, the female kitten, has been missing since Memorial Day. It’s the fourth she has had that has disappear in the past three years. She said she’s suspicious the dogs, or even the hawk, could have had something to do with it. But it’s also a rural area, so she said there are any number of possibilities.

She said that if those Cane Corsos killed Sytsma, they should be euthanized. 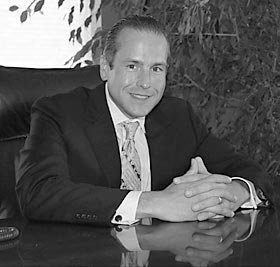 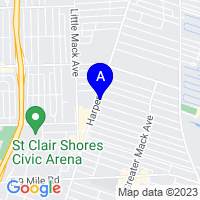